Align to Your Audacious Goals

Do you have big money goals, that make you feel nervous, numb or even nauseous?

This free training on July 16th will help you to understand why you have such an emotional reaction to your big goals, and start to clear your limiting beliefs and money blocks.

This training will help you to:

Today I have a great topic for you, and it’s all about setting goals, why people don’t set goals, and at the end of the video I’m going to give you a little teeny tiny baby step that you can take right now to help you start to achieve your goals.

One reason that people don’t set goals is it’s just overwhelming, especially when our goals are really huge. Sometimes I work with people and they’re in a lot of debt, or they want to invest or grow their investments to a big number. Let’s say you want to get out of $100,000 of debt. Could be credit card debt, bank overdraft, student loans, whatever it is. Could be a business loan, something like that. Or let’s say you have a goal of having two or three or five million dollars in your retirement account by the time you retire.

Whatever it is, if that goal seems so overwhelming and we think in our mind that we can’t achieve it, and then all of a sudden we get this blast of energy moving through our nervous system and it makes us shut down. Because if it’s so overwhelming and it’s so anxiety inducing or stressful, we don’t even want to start to achieve it because we somehow know in our mind that it’s overwhelming and impossible. Rather than creating that step-by-step plan, we just stay where we are because it’s really nice and comfortable where we are right now. That’s one reason.

The second reason that people don’t set goals is because they have a fear. A fear of failure. What happens if I don’t meet my goals? Does that mean that I’m a failure? I’m a loser? I’m not enough? I’m not worthy? We have again, all these thoughts that are moving through our system.

It’s this subconscious programming that we have about ourselves and our self-worth. We might not even be aware of it, but we want to stay safe and we don’t want to fail and we don’t have that reflected back at us. Rather than setting the goals and creating that step-by-step plan, thank you very much, it’s just really comfortable to stay where I am right now. Even if you’re not thinking through that on a logical basis, subconsciously that’s what’s going on under the surface.

In a future blog, I’m actually going to break it down for you about great ways that you can break it down into teeny tiny baby steps and achieve your goals more quickly and more efficiently and with less internal resistance.

Just for today, I’m going to give you one little baby step and that is, let’s say you want to save more money or you want to get out of debt. Make it so small that your body doesn’t reject it, that your mind doesn’t resist it.

Let’s say you can set aside a dollar a day, a pound a day, a Euro a day, a shekel a day. Whatever it is, start today setting aside some money to achieve your goals. I have this great little box, it was made from some baby formula container. Has a little hole at the top, and you can take some money, create a little container for yourself and every single day put a little bit of money. That one dollar, one shekel, whatever it is, into your little container. Now obviously at the end of the year, you’re only going to have 365 dollars or 365 shekels, whatever it is, but it’s a start. Usually there’s a snowball effect that helps you to reach your goals more quickly once you see you can actually get into the routine and you can actually do it.

But if you have on your agenda that you have big goals about something that you want to achieve, I have another offer for you. On July 16th I’m going to be running a free online training. It’s called Align to Your Audacious Goals. If you would like to join me on that webinar, I’m going to leave details down below about how you can sign up. If you’re not available at the times that are offered for whatever reason, you’re at work, you have other plans, you can’t tune in, sign up anyway and you’ll get a recording right after the webinar. If you have any other questions about how you can best achieve your financial goals, make sure that you’re in touch.

This is Debbie Sassen, helping you to make more money, invest smarter and build wealth. 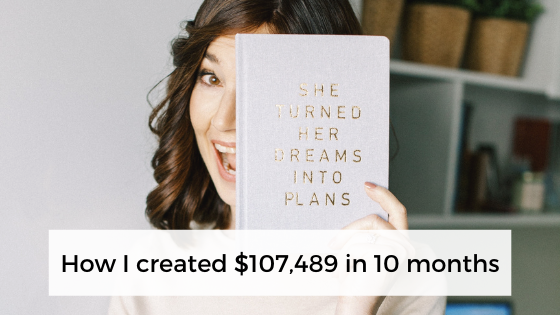