My name is Debbie Sassen and I used to think I was a money expert.

My impressive resume supported this view:

Ever since I got my BA in Economics from Smith College and headed for a career on Wall Street, I devoted myself to understanding how money works and was widely considered an expert on the subject.

Until one day, I got a big shock.

In October 2002, my husband was diagnosed with Cancer. A few months later, his mother passed away suddenly.

These twin upheavals threw a lot of extra challenges at our family, and one of the things we had to realize was that we did not have our financial house in order. We simply had to face facts and think about the care for our (then) six children, the youngest only seven months old.

I made some very disturbing discoveries.

For example, I had a pension fund that I began years ago while working at Goldman Sachs. The amount deposited in the fund was significant and since it had been sitting there for some years, I expected that it was doing pretty well for me. Imagine my surprise that the fund had been all but stagnant for years, that my money had hardly grown at all.

Then I investigated an investment we had made through an investment manager. It turned out the fees he was charging were eating into our nest egg and his churning of the account was racking up brokerage fees.

Thinking I’d finally get smart, I followed a “hot tip” and ended up losing two-thirds of the investment and paying the investment manager a handsome fee for that privilege.

In spite of my expertise, I had to admit my personal finances were a mess. This inspired me to ask myself some honest questions about my real relationship with money.

How could it be that I could manage the money of nations and multinational corporations with the utmost conscientiousness and professionalism, while carelessly neglecting my own investments?

How could I, the money expert, effectively flush my own future financial security down the toilet?

I had often heard people complain that they “just don’t have the head” for the number-crunching and detail-oriented aspects of money management. But I definitely did not have that excuse myself.

As I looked deeper into this issue, I became fascinated by the field of personal finance. I realized that many people in my age group, especially women, are rudely awakened to the reality of their financial mismanagement, often around times of personal upheaval like illness and loss. I discovered that taking responsibility for money, for now and for the future, is one of the ultimate gestures of love and respect that any of us can offer ourselves and our families.

Nevertheless, so many of us fail to do this.

Instead, many, many people – whether wealthy or not-so-wealthy; whether educated or not-so-educated – live like I did – with their heads in the sand. We let our prime earning years pass without planning properly for our future.

Most people assume it’s because they don’t have the necessary understanding of investment options or high-level math skills. In fact, this common problem has no relationship to those factors. Even when given all the tools and all the help they need, people still procrastinate and ignore money management tasks. I was living proof of that! 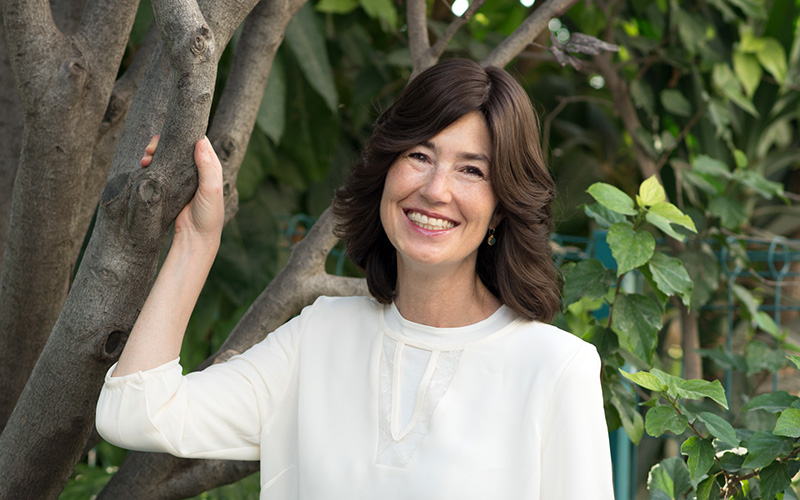 In reality, our failure to nurture a positive, responsible relationship with money flows from a misperception about what we “know” about money. We never learn about personal finance in school, even those of us who study economics! Everything we know about how to handle money is absorbed from our parents, families, our culture and the media. Unfortunately, these are often a source of negative and destructive attitudes and messages about money that many of us carry around. Many of us have even been taught that it’s rude to talk about money in public.

So how are we ever supposed to learn smart money habits?

For those of us who lack the necessary education, the only solution is consciously to decide to learn a different path and change our habits.

As I was able to successfully transform my own relationship with money, and bring more abundance to my own family, I decided to switch career tracks.

Ten years ago, I left the high-powered world of investment banking, and began working with individuals, couples and families to help them find order and empowerment in their personal finances. I bring to my work, expert knowledge of investment options and the money markets, uniquely combined with a deeper insight into what’s really holding you back from taking financial flight, and tools to help you overcome those road blocks. Together, we can build both your wealth and your sense of confidence and empowerment around money.

Read what some of my clients have to say about working with me.

You don’t have to be a millionaire to share in the gift of financial empowerment, nor do you have to be very young. I often work with people in their late 40s, 50s and 60s who are feeling increasingly anxious as retirement draws closer. Together, we are able to significantly improve their financial prospects through better money management. Their anxiety for the future becomes a thing of the past.

All it takes is a willingness to change your attitudes, to learn a few new basic skills and open your mind to the possibility of a better future.

I am here to guide you on that journey.

BOOK IN FOR A MINI-CONSULT

Let's discuss ways we can start working together.

SEND ME A MESSAGE

If the booking link does not work for you, please contact me using the form below.

Debbie Sassen is a business, mindset and money coach who helps female entrepreneurs double their income, save more money, and build wealth.