Today I have a great story to tell you about my lovely clients Gail and Danny (not their real names).When I met them for the first time 21 months ago, Gail and Danny were tens of thousands of dollars in debt. How to pay off credit card debt was a big question looming in their minds.

Danny supported the family with a full-time job (that he didn’t like!) while Gail worked diligently to build her own business. But truth be told, Danny was pretty resentful that he had to go to work every day, like a dutiful soldier, while Gail was out networking, spending money (that they didn’t have) on building a business and working with an expensive coach.

And to make matters worse, Danny longed to leave the 9-5 rat race and build his own coaching practice.

As we got down to business and began reviewing their debt, Gail and Danny were totally caught by surprise when I explained that the credit card they were using most, the one they thought had a really low interest rate of only 3.25%, was actually 3.25% per month.

They’d never done the math. They’d never really paid attention to how much interest was being added to their credit card statement every month.

And the bottom line was that Gail and Danny were carrying a large amount of credit card debt at 39% a year.

Important: If you’re living with consumer debt and overdraft, do the math. Calculate your interest charges. Your debt could be growing by staggering amounts.

And ask yourself: What would I love to do with that money instead? 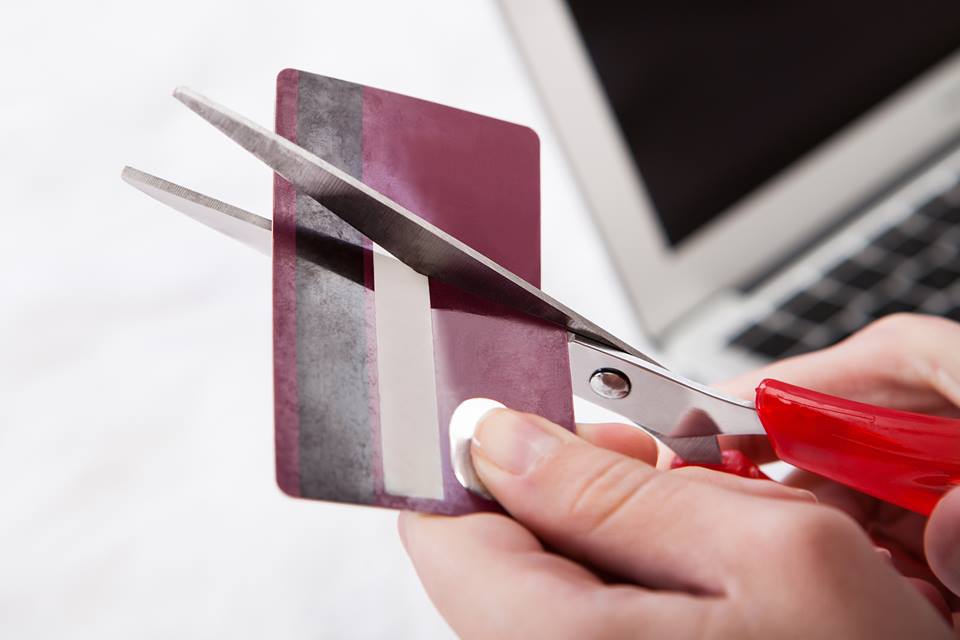 Gail and Danny were determined to knock out their debt. So the first question naturally was, “How to pay off credit card debt.” And they threw themselves into the work. Gail canceled a business+pleasure trip overseas and Danny started walking to work. They downsized their car and they became much more mindful of and connected with their spending decisions. They started making different choices.

To say it’s been smooth sailing, however, would be misleading. Unexpected expenses have set them back a lot and slowed them down from reaching their goals sooner: Gail over-extended herself on a business venture; an unexpected tax bill arrived; the dog needed emergency surgery; the computer crashed and Danny flew halfway across the world on a moment’s notice to spend a few final days with his mom before she passed away.

But every time they were knocked off course, Gail and Danny redoubled their resolve. They picked themselves up, brushed off the dust and kept on going. Danny landed a new job nine months ago with a 25% increase in salary. Gail took an office job one day a week to supplement her business income – which is growing steadily. They consistently track their income and expenses and plan out their spending for the month.

Today, Gail and Danny have nearly $10,000 in Savings for expenses that they know are going to happen in 2018 plus cash for unexpected emergencies. The credit card with the usurious interest rate is gone! Paid off, cut up, never to be used again. (For full disclosure, there are a couple more credit cards, with significantly lower interest rates, that still need to be paid off.)

And the icing on the cake is that Gail and Danny have not been living in deprivation, eating only ramen noodles and split pea soup for the last 21 months. They take good care of themselves, eat well, exercise regularly and go away on holiday every three months or so to explore yet another corner of the world. Because travel is really important to them. And by planning out their monthly spending, they make better choices and spend their money in alignment with their values.

I am over-the-moon excited for the beautiful way Gail and Danny have turned around their money story. Danny has not yet had the financial freedom to launch his own business. But I know it’s coming. I look forward to watching what the next 12 months have in store for them. Isn’t that easy on how to pay off credit card debt?

And now my question is: what are you waiting for?

What’s going on with your money story that you are so ready to change? Feel free to reach out to me for a free 20-minute chat. I would love to see how I can help you build a better, stronger, and healthier relationship with your money.

And this lovely note was posted in the Facebook group by one of the students in my program Investing Made Simple. 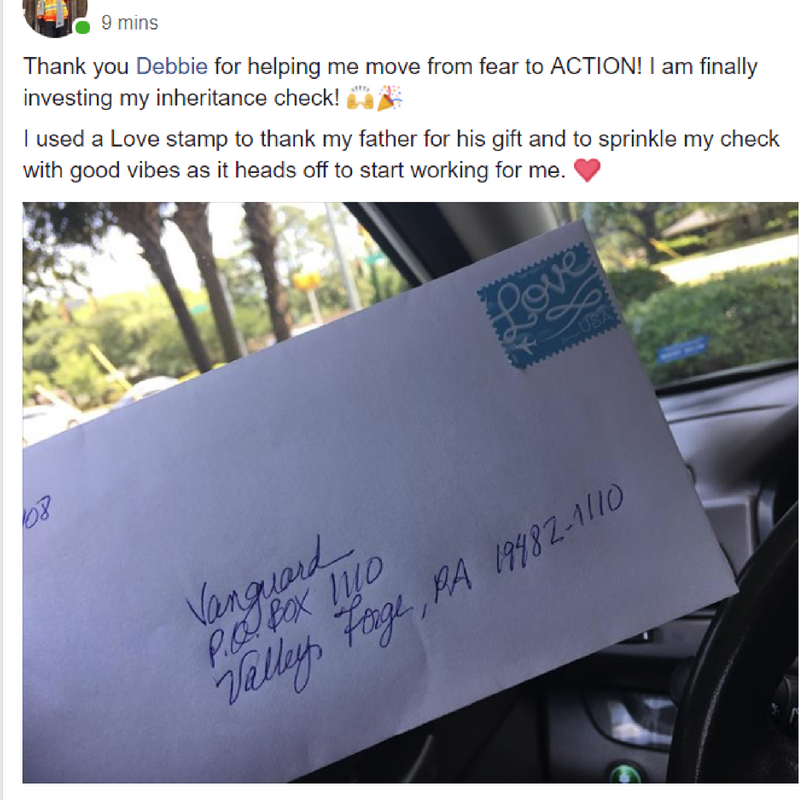 My cup runneth over!

Finally, here’s a little update on our preparation for the BIG hike in Yosemite National Park. Only three-and-a-half weeks to go till Jonathan and I fly to the States to hike Half Dome together with my Dad and sister in honor of his 80th birthday. I’ve been training every day except Shabbat: spinning, weights, yoga, hiking. I change up my routine each day to make sure I strengthen different parts of my body. 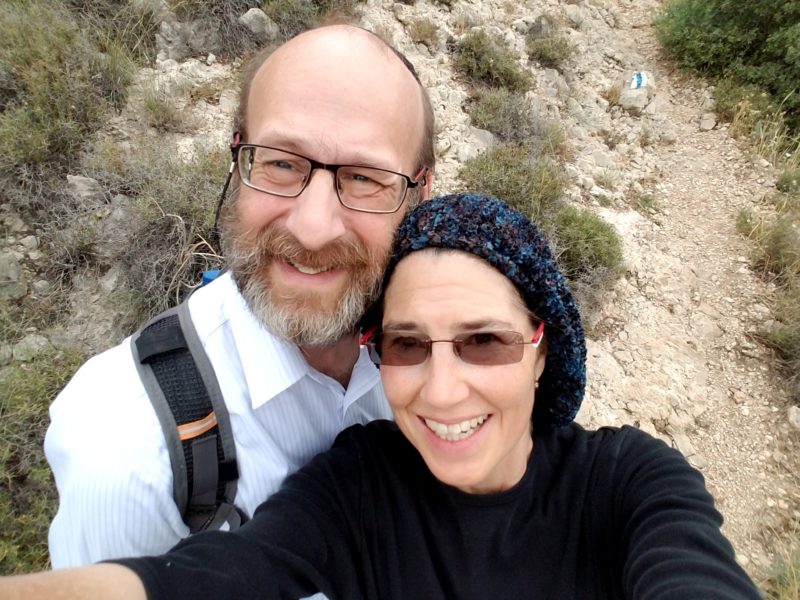 We took a couple hours off of work Monday morning to hike our local hills.

P.S. Here’s the link again if you’re ready to move from fear to ACTION and want to schedule a time to chat: https://debbiesassen.com/contact/ 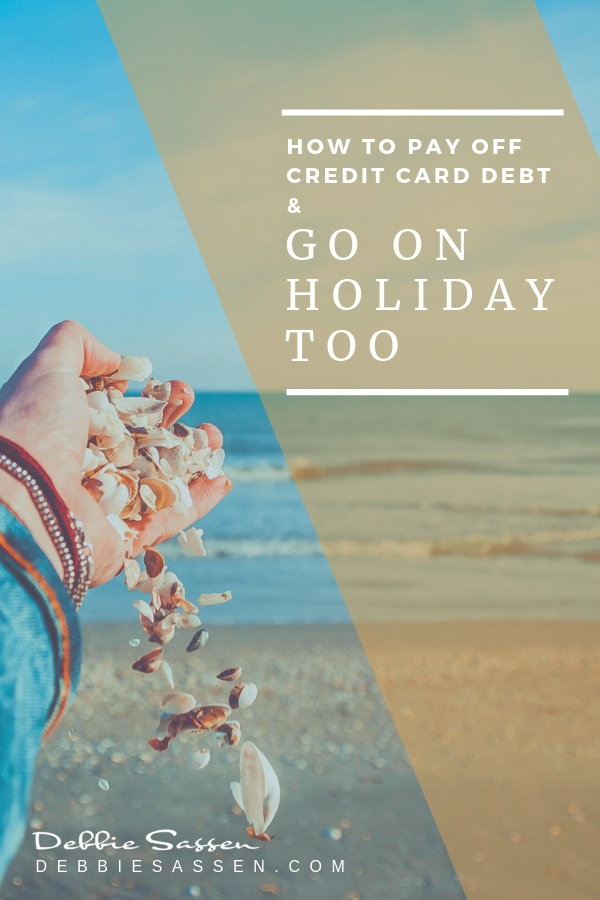 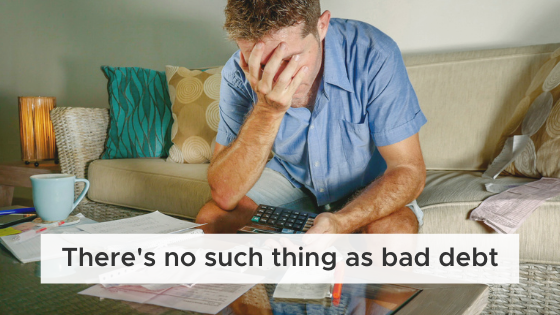 As a Business Coach & Money Mindset Mentor, I love delving into my thoughts about debt. Because people have thoughts and beliefs about Money and Debt that stop them from building the business of their dreams, keeping and sharing more money, and living the life...